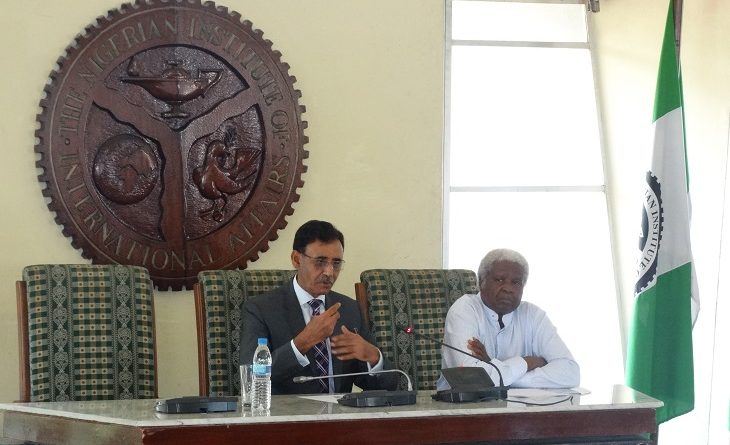 The delegation had exchanged views with the Research Fellows on strengthening the bilateral relations between Nigeria and Pakistan. The bilateral relations between Nigeria and Pakistan is cordial, and both nations maintain good political and economic as well as military relations. Since the 1960’s their relationship and cooperation have been mainly in the agriculture, education, irrigation as well as in the area of the military. It observed that, while some of the Memoranda of Understanding (MOUs) has been signed, they have not been operationalized, neither has there been a follow through.

Some of Memorandum of Understanding (MOUs) signed between both Nigeria and Pakistan are as follows:

MOU between Pakistan and Nigeria air force for provision of training for maintenance of aircraft;

MOU on industrial cooperation; Agreement on cultural exchange programme and;

MOU on cooperation between the chambers of commerce and industries during visit of President of the Islamic Republic of Pakistan.

Under both President Muhammadu Buhari and Prime Minister Mian Muhammed Nawaz Sharif of Pakistan, the priority areas of cooperation between Nigeria and Pakistan are in three key areas namely; security, agriculture and education.

A major area in which both countries have maintained strong relations is in the area of security, defence and military cooperation. This cooperation has involved mutual training, capacity building and the maintenance of the military facilities. Pakistan has pledged strong support for Nigeria in the fight against the Boko Haram. It supplied the Nigerian military with armoured tanks and other advanced military hardware and opened its borders to Nigerian military officers for further training in Pakistan. However, it was observed that there is still the need for both Nigeria and Pakistan to improve and strengthen their bilateral cooperation for the mutual benefits of their citizens and enhance their cooperation on the international stage. 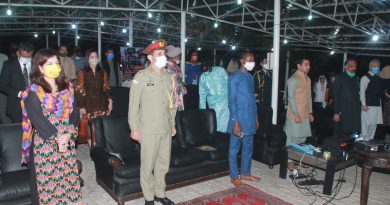 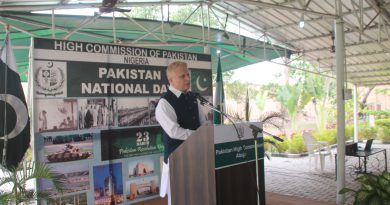